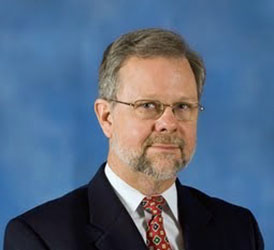 Bill Underwood graduated from the University of Missouri with a Bachelor of Arts degree in Philosophy in 1997 and received his MBA from Nova Southeastern University in 1993. Bill has worked in local government in Florida for more than 35 years. He is a consummate senior executive, change agent, and entrepreneur with vast government management experience in divergent and diverse communities. His experience spans work with tourism driven, seaside, metropolitan and rural agricultural communities with deviating social, political, demographic, and economic profiles.

Bill currently serves as Town Manager for the Town of Loxahatchee Groves, Palm Beach County’s newest municipality as well as providing contract management services to the Town through his company, Underwood Management Services Group. Bill is a Past President of the Florida Government Finance Officers Association and serves on numerous government state and national boards and committees. Most recently he provided an opinion on the Financial Feasibility Study to the State of Florida House of Representatives for the incorporation of the proposed municipality of Panacea, Florida.

Bill is an ICMA-Credentialed Manager and holds certifications as: