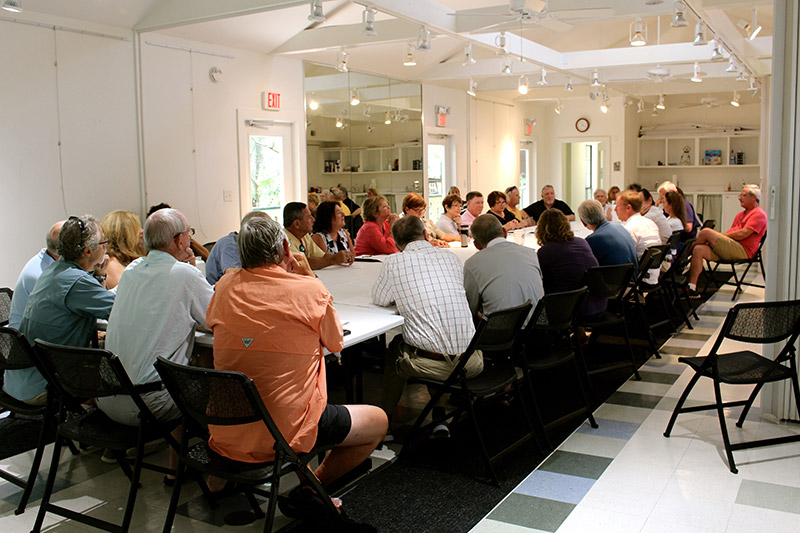 Rosemary Beach – About 150 people were in attendance at Rosemary Beach Town Hall on Aug. 23 for an update on efforts by the volunteer group A Better South Walton (ABSW) toward providing residents south of the bay with an option for a city government.

ABSW President David Pleat encouraged citizens to sign petitions in favor of residents having a vote on the creation of a new municipality in the area south of the bay.

Pleat discussed a charter summary recently completed through the group’s efforts. The document details the structure and other aspects of the government of the incorporated area. As part of the charter summary, a name for the municipality has been selected, the Town of South Walton, Florida.

Pleat revealed that, per the charter summary, the town government would be in the council-manager form with seven council member seats filled by people residing south of the bay. A mayor would be elected at large as the Seat 1 council member.

Three additional council seats would be elected at large, and three would be elected from within the town’s three districts. Districts would include Miramar Beach and Santa Rosa Beach, with the third district being a combination of Point Washington and Rosemary Beach minus Bunker Island.